Led Bulbs: How and Why to Have Them

Led Bulbs: How and Why to Have Them

When people think of LEDs, they often think of those little flashing lights on computer monitors and alarm clocks. LEDs are in fact used for such applications, but are also increasingly used for other uses. Amid concerns about the energy consumption of traditional incandescent bulbs, LEDs are defended as a possible replacement for everyday home use. You can get LED bulbs for table lamps, ceiling accessories, flood lights and car headlights.

"LED" means "light-emitting diode". It is a semiconductor device that lights up when an electric current passes through it. LED bulbs are incredibly efficient. They use less energy to emit as much light as traditional bulbs, and last much longer (most last 23 years with three hours of use per day). When they come out, it's not a one-time, like an incandescent bulb. An LED will gradually emit less light, and the light can change color when it is reaching the end of its life.

LEDs come in colors, including red and green. Many traffic lights, in fact, are made with LED lighting. However, there are no white LEDs. To achieve white light used in homes and offices, manufacturers mix LED colors at different wavelengths, or apply a phosphor material as a filter.

An LED will only emit light in a single direction. On its own, you can't fill a room with light like a traditional light bulb. For this reason, manufacturers design reflectors and lenses in LED bulbs and accessories to distribute light more evenly. The government's ENERGY STAR program tests LED light bulbs for light distribution (among other qualifiers) and gives its seal to brands that closely replicate the lighting experience of a traditional incandescent lamp.

Comparing LEDs to other bulbs 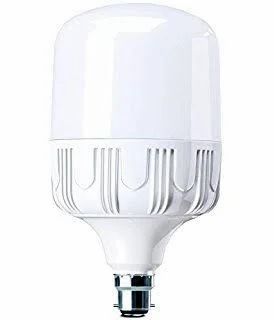 Compact fluorescent bulbs (CFLs), characterized by their swirly glass tubes, are another traditional, energy-efficient alternative. They use 14 or 15 watts to produce 800 lumens. However, many people have found that they are an unsatisfactory replacement for incandescents because they emit an unflattering light, sometimes blink and can take up to three minutes to fully illuminate. In addition, their lifespan is shortened when they are turned on and off frequently, or turned on only for short periods.

LED bulbs, however, are completely illuminated immediately. They do not contain mercury like compact fluorescent lamps. The quality of the light differs between the marks. Some home-use LED bulbs emit a hard light, almost blue or green, while others are more successful in reproducing the warm light of an incandescent lamp. The best way to test LED options without spending a lot of money is to visit a lighting store that has different brands on display.

LEDs are more expensive than other types of bulbs (around $10 is the industry standard for a single general domestic bulb). However, they are up to 80 percent more efficient than traditional light bulbs, so the upfront cost is offset by utility savings. Replacement costs are also reduced due to their longevity.

We hope that with this you already have a clearer idea of what LED lights are and why you must invest in it.

LED basics: from start to date